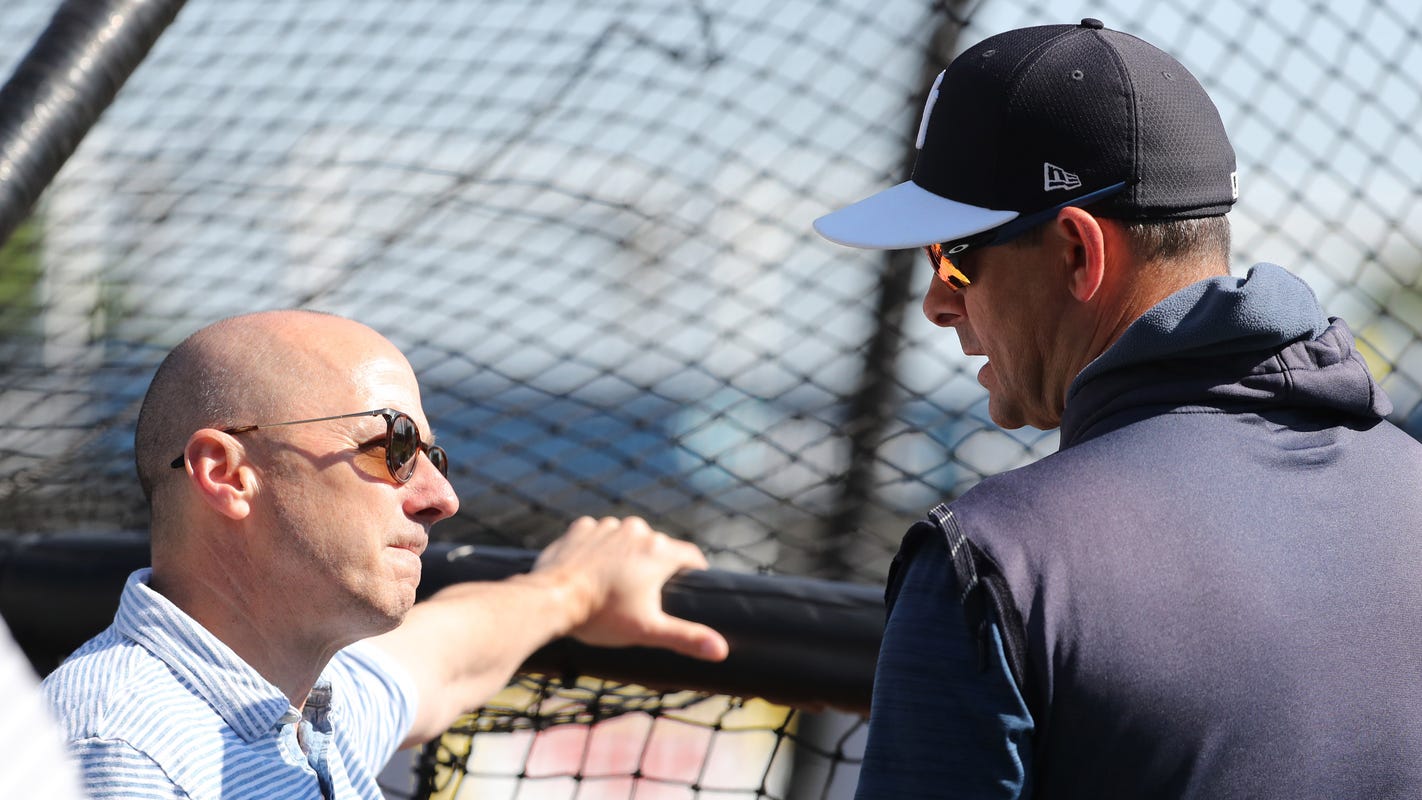 Yankees owner Hal Steinbrenner imitated his father by apologizing to Yankees fans about the Yankees falling short of a championship in 2020.

The Tampa Bay Rays, a team with a $28 million payroll, eliminated the Yankees, a team with a $109 million payroll, on Friday night in five games at Petco Park. The result of Game 5 turned out to be so delicious as Mike Brosseau hit the game-winning home run off Yankees closer Aroldis Chapman in a 10-pitch at-bat of the eighth inning. Remember Chapman attempted to throw at Brosseau’s head at 101 mph on Sept. 1 that prompted Rays manager Kevin Cash to say he has relievers who can throw 98 mph at the Yankees’ heads.

Here’s the problem with George Steinbrenner’s son apology: It’s lip service, and nothing more. At least, George would be firing people or trading players to shake things up. No one on the Yankees will lose their jobs. Definitely not Yankees general manager Brian Cashman. Certainly not Aaron Boone.

The younger Steinbrenner’s apology does not make an impact that the elder one would. It was pointless and a waste of time. If he meant it, he would have fired Boone and demand Cashman to not interfere with his manager with managerial decisions. Tony La Russa would be managing the Yankees next season if Hal sounded sincere.

Maybe Steinbrenner proves me wrong and actually fires Boone and give La Russa carte blanche on being a manager. I don’t see it.

Boone must go because he does not really manage the team. He follows Cashman’s orders. Why else would he start an opener in Game 2 of the AL Division Series after the Yankees beat the Rays in Game 1? He played the sport to know that the opener does not work. He knows an established No. 2 starter such as Masahiro Tanaka should start. Even if Deivi Garcia started Game 2, Boone would never take him out after one inning if he had his way. He knows J.A. Happ or any starter would not react to pitching well by coming in the middle of the game.

A manager must manage the game on his own convictions and his feel for the game. Why else would he be hired? Unfortunately, most teams feature the general manager being way involved with the lineup, starting rotation and bullpen every game. Joe Girardi resisted the idea of Cashman being involved with his managerial decision making, and he paid for it by being fired.

Steinbrenner will let his general manager do whatever he wants since he does not want to turn his valued employee off. He does not have the stomach to find a new general manager. He rather deals with someone he knows and trusts.

Cashman likes to think he is the next Billy Beane or the geniuses that run the Rays. In reality, he is not, and he never will be. He is a general manager that relies on money to build a team. He knows that. This won’t stop him from trying to be the next Dave Gettleman and make a point of inventing the game by building a team the way he sees fits.

Even if Steinbrenner makes changes, it may not work. The players need to step up. From watching the Yankees core nucleus in recent years, it appears these guys don’t have it in them to get a big hit when they need it. No one will confuse Gary Sanchez, Aaron Judge, Gleyber Torres and other core players to Jorge Posada, Derek Jeter, Bernie Williams, Tino Martinez and Paul O’Neill.

Maybe we got spoiled watching those Yankees in the 90s to the point we expect the current core to be like them just because they wear the Yankees uniform. Mystique and aura died the night Luis Gonzalez ended the Yankees dynasty in November 2001 on a Sunday night.

The Yankees can spend as much as they want. Maybe they trade one of their core players to get a starter or for the sake of addition by subtraction. It may not matter much. This team doesn’t appear like it will win a championship anytime soon. We waited four years for this core to figure it out. At some point, maybe it is not meant to be.

Yes, we can blame the manager and general manager for the ALDS debacle. But at the end of the day, the core players failed more than Cashman and Boone. They did not step up in Game 5 the way the players from great Yankees teams would do.

Steinbrenner can keep apologizing every year.

It won’t do any good if things remain the same since 2009, the last time the Yankees won a championship.

It sure seems like the quest for 28 championships could be an eternity.