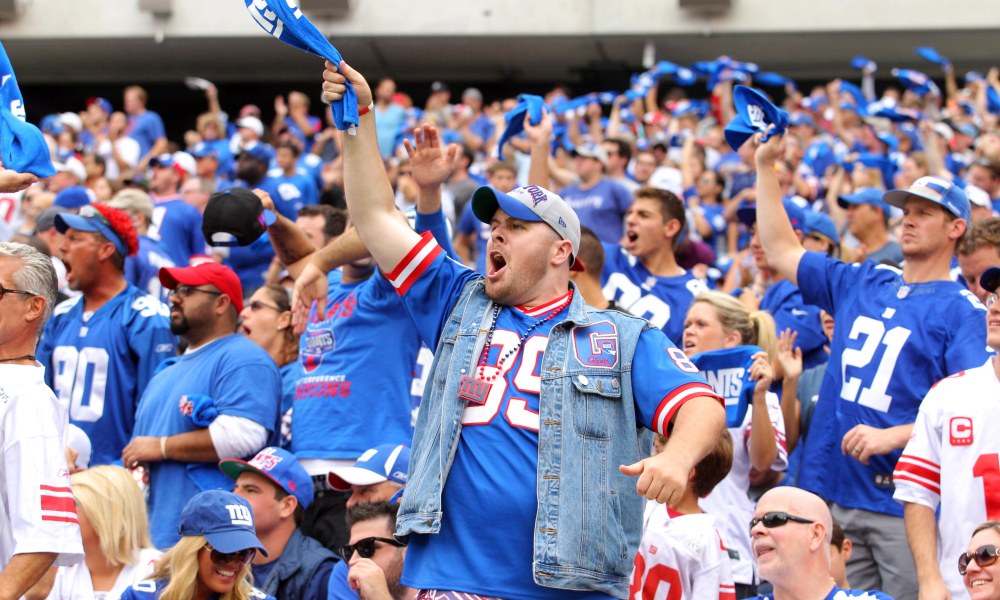 I wondered why the New York Football Giants never get the criticism the Jets, Knicks and Mets get after another Giants’ 17-9 loss to the Los Angeles Rams Sunday afternoon at SoFi Stadium.

After thinking about this at length, I concluded Giants fans tend to be tolerant of their team’s ineptitude by giving the benefit of the doubt because this organization won four Super Bowls, so the media in town don’t feel the need to rip the Giants. The media gets on teams in town only if the fanbase demands more out of their respective teams.

In light of the Giants being 0-4 this season and 9-27 under Giants general manager Dave Gettleman’s watch, no one sense a trace of anger from Giants fans. In fact, most fans gush about the job first-year Giants head coach Joe Judge has done. Apparently, moral victories translate into trust the process in their mind.

I can only roll my eyes at Giants fans. One would think there would be anger and frustration after their team failed to make the playoffs for the last seven out of eight seasons. The once-proud football franchise has yet to experience a playoff win since winning the Super Bowl in 2012.

Giants fans preach patience. Are you kidding me? How patient can a Giants fan be considering the product stinks since the Giants last won a Super Bowl? Where is the progress in Gettleman’s third season? The Giants are worse now than they were when they fired Jerry Reese and Ben McAdoo a few years ago. This franchise reminds me of the Detroit Lions based on the ineptitude.

Gettleman deserves criticism from the local media and the fans. Under his watch, the Giants fail to produce and develop players. His draft picks struggle to do anything. His free-agent signings turn out to be a bust. His trades never made sense.

The Giants general manager should have been fired after last season, but Giants owner John Mara decided he needed time to make his impact on the team. The reasoning makes sense if this franchise made progress or if he discovered talent in the draft. It hasn’t happened.

If Giants fans demanded Gettleman’s firing last season, Mara would have made the decision.

Right now, Giants fans still believe in him for reasons I don’t get. Maybe they love his used car salesman approach or they love the fact he comes from the Giant Way for assisting Ernie Accorsi in building a Super Bowl championship in the 2007 season.

Giants fans have yet to rip Gettleman despite an awful start. They still think he is rebuilding the team and it takes time. Whatever.

Enough is enough. It’s not fun watching a local football team play out the season in October again. This franchise offers no hope right now.

For anyone that cites Daniel Jones as a better tomorrow, he is 1-13, and he’s an interception machine. He is certainly on pace to match last year’s interceptions of 12 by having five already this season. He hasn’t created big drives when he had to, and when he does, it’s an interception. I see a guy that is limited at what he can do. From the eye test, he does not appear like an NFL quarterback material.

Giants fans love first-year Giants head coach Joe Judge because he’s articulate and passionate. Soundbites sound good, but it does not translate to wins. It won’t matter how he presents himself if he does not have the players to win games. Sure the Giants play for Judge, but guess what? They did the same for Ben McAdoo and Pat Shurmur. Unfortunately, McAdoo and Shurmur couldn’t succeed because they never had the players to win games. It’s the same problem Judge has right now.

We go back to Gettleman. He failed Shurmur, and he hasn’t exactly put Judge in a position to succeed.

The Giants general manager can only have so many chances. At some point, maybe the game has passed him by. The results tell the story.

Mara trusts him, and he will continue to trust him despite what has gone on.

The only way Mara can be pushed to fire his general manager is if fans demand it. The opportunity presented for them last season, and they passed. This season serves a purpose for them to demand changes. It’s past time for them to do something. How about having a billboard calling for Gettleman’s firing or having a plane fly “Gettleman Must Go” banner over MetLife Stadium?

Giants fans and media bobos such as The Record’s Art Stapleton can talk about their team having a shot to win the NFC East, but they need to be realistic and understand there is no talent on that roster. Plus, the Dallas Cowboys and Philadelphia Eagles owned the Giants for years now, and it’s doubtful that’s going to change.

Time for patience must end.

Accountability should be in order for Mara and the Giants by the fans.

It’s the only way the Giants can ever get better.

You can reach me at: lesliemonteiro97@gmail.com