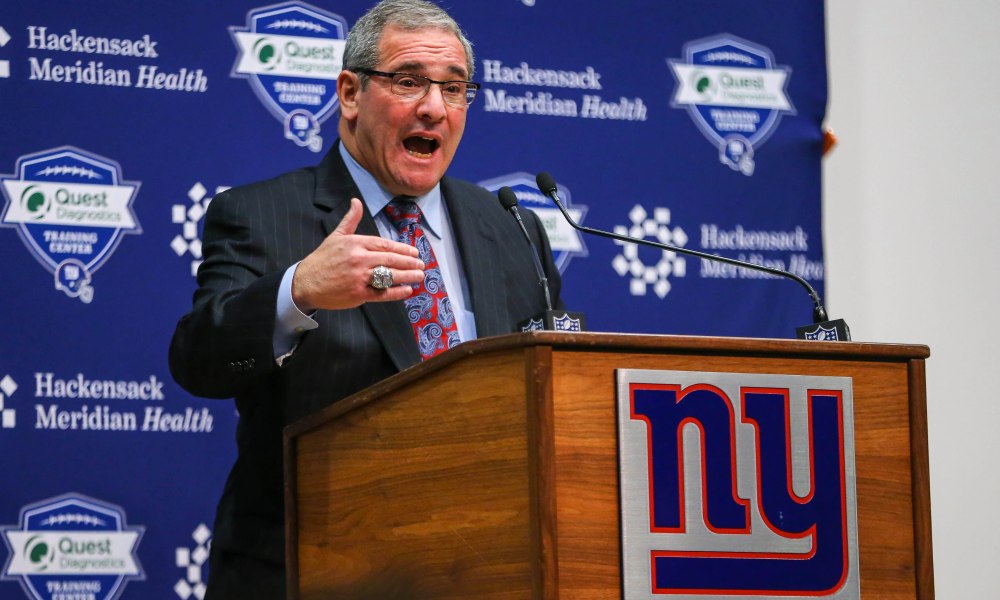 When the Giants hired Dave Gettleman to rebuild the Giants from the ground up three years ago, everyone expected progress from this organization by the third season. So much for that.

After a listless 17-9 loss to the Los Angeles Rams on Sunday afternoon at SoFi Stadium, the Giants are 0-4 for the second time in four seasons, and 3-13 in September for the last four seasons. Under three seasons of Gettleman’s leadership, the Giants are 3-9 in the first month of the season.

For Giants fans to think about draft positioning instead of the playoffs for the third straight season on Gettleman’s watch, it reflects poorly on the third-year Giants general manager. It shows there is no progress whatsoever. The Giants are not better today than they were when Jerry Reese was unceremoniously fired as Giants general manager along with Giants coach Ben McAdoo. One can make a case they are worse now.

Seriously, what’s there to look forward to with this once-proud franchise? The Giants feature no playmakers whatsoever. Their defense doesn’t get any team’s offensive coordinator up at night. They scare no one. Teams look at the Giants on the schedule as a win for them. Teams can play at a lesser level of football and still beat the Giants as we saw the Rams on Sunday.

This is Gettleman’s roster now, and it should make Giants owners John Mara and Steve Tisch think about their general manager. His work stinks. The Giants shouldn’t be worse than they were before he arrived.

Gettleman bragged about Daniel Jones being the pick that could save the franchise. He drafted the Duke quarterback as the No. 6 pick of the NFL draft last season. Jones reminds everyone of Dave Brown than Phil Simms and Eli Manning.

Jones continues to underwhelm as a Giants quarterback. He finds a way to lose games than win games by making mistakes such as fumbling the ball and throwing interceptions. He doesn’t throw for touchdowns. He can’t lead the Giants from behind.

He did all that yesterday in a game the Giants could have won. For the second straight game, he failed to throw a touchdown pass. He threw an interception with 2:05 left in the game at second-and-5 on the Rams’ 18 that ended the Giants chances of winning a winnable game.

Through four drives of the game, Jones led the Giants to three points and 11 yards. The Rams sacked him four times. Those drives covered three, six and three plays that resulted in minus-9, 2, 17 and minus-9 yards. He went 0-for-4 in the red zone.

Former Giants head coach Bill Parcells loves to say you are what your record says you are. After a 2-0 start, Jones is 1-13 as the Giants quarterback. Jones’ poor performance quarterback correlates to the Giants’ record. He could have led the Giants to two wins already this season against the Chicago Bears and Rams, and he did not get it done.

Jones showed nothing to think he will be a star. Even Giants fans are starting to catch on to him.

Gettleman’s job security hinges on Jones right now. The rest of his draft picks failed to make any impact. Gettleman stressed about building around the trenches, yet the offensive line and defensive line continue to be bullied around. Saquon Barkley keeps being injury-prone, and he hasn’t reminded anyone of Walter Payton, let alone O.J. Anderson. His free-agent signings turned out to be a bust.

Gettleman behaves like he knows football than anyone in his press conferences. He comes off as a condescending jerk. He never blames himself for the team’s problems. At some point, the results make him an emperor without clothes. The Giants are 9-27 under him, and the record makes sense since he provided zero talent on this team.

The third-year Giants general manager should have been fired with Pat Shurmur last season. From the eye test itself, he shouldn’t have been the man for the job. He should have been gone after two uninspiring seasons.

Gettleman is stuck with this roster. He can’t add anyone now at this time. It’s up to his players to somehow save his job for the final 12 games of the season.

Right now, he is safe, but a 4-12 season and Jones not progressing could and should cost him his job.