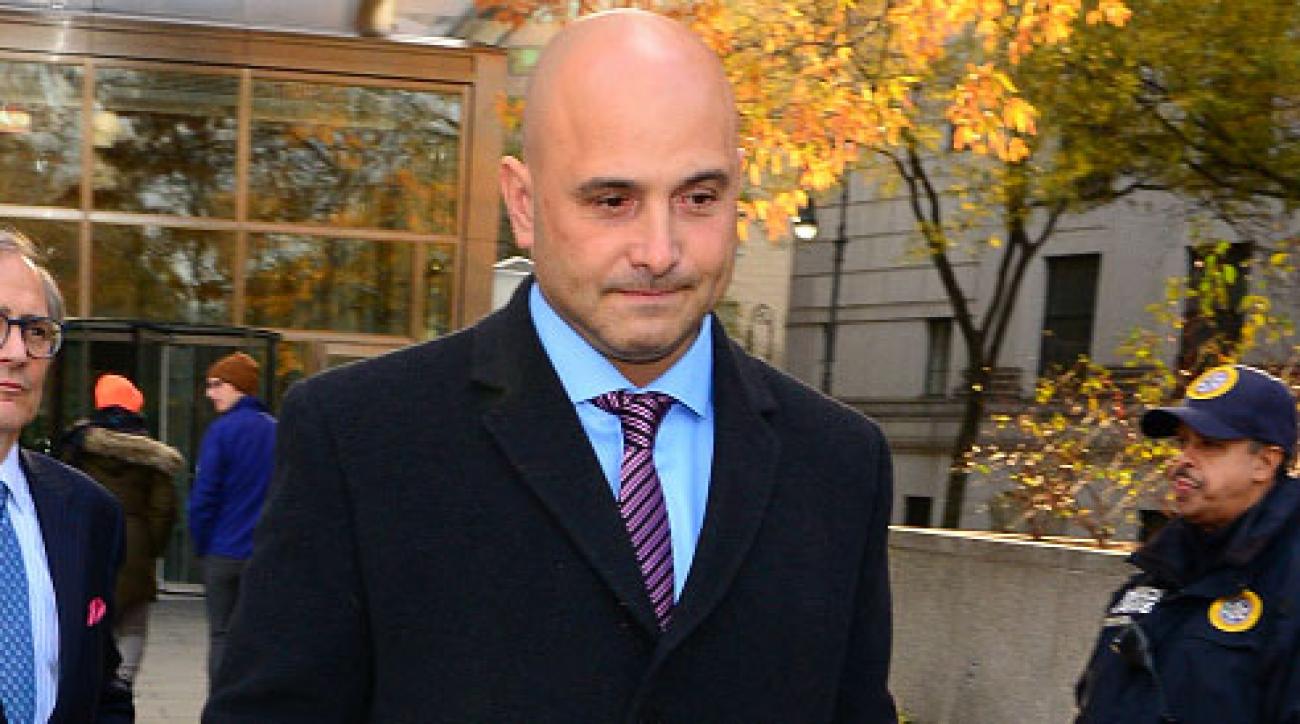 Twitter grew abuzz on Tuesday when reports surfaced ex-WFAN loudmouth Craig Carton was released from federal prison. He served time after his role in a ticket fraud scheme that had him sentenced for 3 ½ years.

Everyone wondered how long until he comes back on the radio. It was the first instinct that came out of everyone’s mind after this breaking news, not wondering about his family embracing him or his well-being. Some loved this development, and some hated it.

Whether you like it or not, you will hear from Carton again. You knew this when he was sentenced. Entertainers like him are hard to find. Now is about the question of when, not if.

Outside of WFAN’s morning show that Carton built, the station took a dive in the ratings. No one listens to the station anymore since most of their hosts force the listeners to change the dial on the radio since they can’t entertain or hold a discourse on sports talk. One can only take so much of Joe Benigno’s nonsense about hating his job and wanting to retire. He even admitted he does not watch sports anymore.

WFAN knows things can’t stay the same. Changes have to come for a station that is now fighting for ratings and advertisers with 98.7 ESPN New York. Carton serves as the difference maker and a saving grace for a struggling station.

Of course, there could be other stations vying for his service. 98.7 could seek his services as a way to strengthen the station and give WFAN a knockout punch. How about Carton in the morning and Michael Kay and friends in the afternoon for drive time? This gives ESPN New York a chance to take a bite of WFAN once in for all. Maybe a FM station or an AM station seeks his service.

One can only be envious of Carton’s situation. Anytime someone serves time in prison, it would be hard for that person to get a job again. There’s something to be said about having talent, and Carton is blessed with it.

Remember radio stations fired Carton for being offensive just to see him back on airwaves again. It reflects on how good he is at his craft that he bounces back quickly. He knows how to get everyone’s attention, and he creates great conversation. He also makes people laugh, even if it’s offensive.

I cringe listening to him at times when it comes to guy talk, but I still listen because he knows how to capture the pulse of a New York sports fan. He makes a fan wonder what he is going to say next. When a team plays a big game in town, everyone pays attention to him the day of the game and the day after the game for his take. He gets people to react to what he says. He makes everyone talk about him. This makes a mark of a good talkie. Mike Francesa, Boomer Esiason and Chris Russo stand out in that regard, too.

Doing talk radio can’t be easy. If it was, people like Benigno, Evan Roberts, John Jastremski, Maggie Gray, Steve Somers and others would generate the same amount of attention that Carton, Francesa and Russo bring. Those people don’t stand out because they don’t have the personality or gravitas to capture anyone’s attention.

Seriously, does anyone want to hear Gray pontificate and talk sports? She rarely rips teams outside of the Knicks. She never makes great points. She offers nothing of substance. Any average schmo can talk sports, but can he or she get someone’s attention for four hours? Sorry, but people like Gray or Roberts or Jastremski don’t do it.

Entercom and WFAN know this, too, and that’s why they will prepare to offer Carton a deal.

New York Post’s Andrew Marchand suggested on Wednesday that Carton could work in the afternoon to compete with 98.7’s Michael Kay. It would be a mistake since Carton serves well in the morning rather than be in the afternoon. Despite the good ratings WFAN’s morning show delivers, it is really not that good without him. Plus, the station needs to put him in a position to succeed, and he does well working with Esiason rather than anyone else.

WFAN should have no loyalty to Benigno. If he does not want to do an afternoon show, the station has every right to demote him or even better, fire him.

WFAN needs Carton more than he needs the station. And you can bet 98.7 will have a say in this, too.

To be as good as Carton for everyone competing for his services after getting out of prison.

3 thoughts on “Like it or not, Carton will be heard from again”