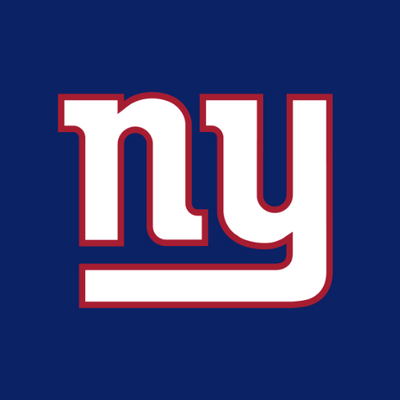 Football is BACK! Well football practices at least. The NFL landscape has reached OTAs and we are finally able to see our teams competing in live action (shorts) for the first time since the previous season ended. For the Giants, it is the second season under the Shurmur/Gettleman regime following a disappointing 5-11 season. Dave Gettleman has made it a point of emphasis to change the identity and culture of the franchise.

This mandate has caused a lot of changes to occur this offseason for the Giants. This included moving on from household names such as Odell Beckham Jr,Landon Collins, and Olivier Vernon. These moves along with keeping Eli Manning has caused many fans and pundits to question the direction of the franchise. It hasn’t been all departures though. The Giants have added an influx of players such as Jabrill Peppers, Kevin Zeitler, and Golden Tate via trade/free agency. They also drafted 10 players, including a potential franchise QB in Daniel Jones from this past NFL draft. Only time will tell if Gettleman is a genius or a fool for some of his decisions. In this article, we will dive deep into the structure of the team and give our very early season predictions for 2019.

Biggest Offseason Acquisition:Kevin Zeitler (Guard)- Casual fans may not be familiar with Zeitler but he is one heck of a player. Zeitler was acquired in a trade with the Browns to fill a massive hole on the Giants offensive line. Zeitler hasn’t missed a game in the last 4 years and has been rated as a top 10 guard per PFF rankings the last 2 years (7th in 2017 & 6th in 2018). This is a vast improvement over previous guards the Giants had in Patrick Omameh (PFF 67th ranked guard), and Jamon Brown (PFF 62nd ranked guard).

Breakthrough Player in 2019: Evan Engram (Tight End)- Engrams 2018 season was an interesting one. For the first half of the season, Engram had drop issues and struggled to block in the run game to the point he couldn’t consistently stay on the field. It felt as though Engram couldn’t find the right home in this offensive system. All that changed in the last month of the season, where he averaged over 70 yards receiving per game. It seemed that Engram not only found his game but Shurmur figured out how to utilize him better in his system. Engram always had unique talent with his speed and elusiveness that the Giants hope to build on going into 2019. Expect Engram to get a lot more targets with OBJ no longer on the squad.

Team Strengths: Secondary- The Giants had a poor defense last year. There wasn’t much they did well. The Giants ranked 23rd in pass defense and a change was badly needed. Losing Landon Collins to Free Agency was a tough pill to swallow. He was one of their best tacklers and play makers in the secondary but Collins did struggle in pass coverage as did most on the Giants in 2018. Per NFL Next Gen Stats’ Coverage Success Rate metric, Collins was ranked 81st out of 90 defensive backs who were the nearest defender on at least 50 targets.

The Giants made mass changes all across the board in the secondary. Adding Jabrill Peppers who may not be as stout in the run game as Collins, is a more rangy safety who is better in pass coverage. The Giants also added Antoine Bethea to replace Curtis Riley, which every Giants fan knows was a liability last season. The Giants added 3 corners (Baker, Love, Ballentine) from this past draft to add speed and physicality to a group that currently has Janoris Jenkins and Sam Beal. Jenkins had an up and down season last year but is still a quality corner who if he stays focused can still be a #1 corner. Sam Beal missed last season with shoulder surgery but has emerged in the early stages on OTAs with his impressive play and physicality.

Skill Position- Losing OBJ will obviously hurt the overall talent of this group however I wouldn’t overlook the talent remaining on the roster. Saquon Barkley is the new face of the franchise and for good reason. He is a jack of all trades at the RB position. He is a unique talent that has elite ability in both as a rusher and a receiver. Barkley only scratched the surface last year running behind a below average offensive line. Outside of Barkley, the Giants will have to attack opposing defenses in a “by committee” type of approach. A cast of Sterling Shepard, Evan Engram, Corey Coleman, Cody Latimer, and newly acquired Golden Tate is far from a bad committee. Tate has averaged over 70 catches in each of the last 5 years and brings a toughness to the WR room. Look for him to be a reliable target using his savvy route running ability in 2019.

Biggest Question Marks:QB Production- I put the QB position in here not as one of the various pundits who believe Eli is finished and should retire. I am one who believes Eli Manning can still play and make all the throws required to be successful in the NFL. Eli didn’t have a bad stat line last year with 4,299 yards 21 TD 11 INT on 66% completions. The big question is can Eli elevate those around him enough to make a playoff push? I’m not sure. He will need to have a better year than last year, especially in the Red Zone. There is no escaping that Eli is 38 years old and predicting how much gas is left in the tank is difficult as he gets older. I for one believe the Giants have failed him more than he has failed the Giants but the team has improved, especially along the offensive line. It is important for Eli to get off to a quick start. If he does not the presence of Daniel Jones will start to grow.

Right Tackle– The offensive line has been a problem for the Giants for a long time. They have not had an offensive line graded by PFF above 20th since 2012. Having an offensive line ranked in the bottom third of the league the last 6 years is unacceptable and probably taken away years of Eli Mannings prime (Thanks Jerry Reese). The Giants made important acquisitions to the o-line but the RT is still a big question. Chad Wheeler struggled mightily last year (PFF 78th ranked tackle) and newly acquired Mike Remmers is recovering from back surgery which is always difficult to come back fully healthy. Remmers is moving back to his more comfortable position of RT after struggling as a guard in 2018. Their is also 7th round pick George Asafo-Adjei, but he is more of a developmental prospect and would be shocking if he is able to handle staring right away.

Pass Rush– The Giants were tied for 30th in sacks per game. That kind of production is a strong indicator as to why the Giants blew four 4th quarter leads in 2018. The Giants are hoping for strong growth in some of their young players such as B.J. Hill, Lorenzo Carter, and Dalvin Tomlinson to increase the production in getting to the QB. The Giants signed Markus Golden to bring a veteran presence to the pass rush but he struggled last year having only 2.5 sacks after recovering from a major injury. The Giants drafted Dexter Lawrence and Oshane Ximines to help bring pressure from both the interior and the edge but do the Giants have that one guy that can win a one on one battle consistently? I have my doubts.

Bold 2019 Prediction: Giants will have a top 10 scoring offense- Call me crazy, but the Giants have improved the offensive line to its best unit in over 5 years. This will allow an elite talent in Saquon Barkley to have more success and bring a more balanced attack then what the Giants have had in years. Eli Manning wont have the talent of OBJ, but he will not have the pressure to force targets in a certain direction either and a solid enough cast to make some noise this year.

Record Prediction: (8-8) – The Giants are an improved team though many in the national media don’t believe it. They have improved both lines of scrimmage and I believe they will shock some people with their play this year. I do believe they are a little young on defense and don’t have the overall depth to make a playoff push. Eli will have a better year than 2018 but wont have enough to take them to their ultimate goal (playoffs). The Giants will be competitive but when they are eliminated from playoff contention toward the end of the season, we will see Daniel Jones for potentially the last two games.