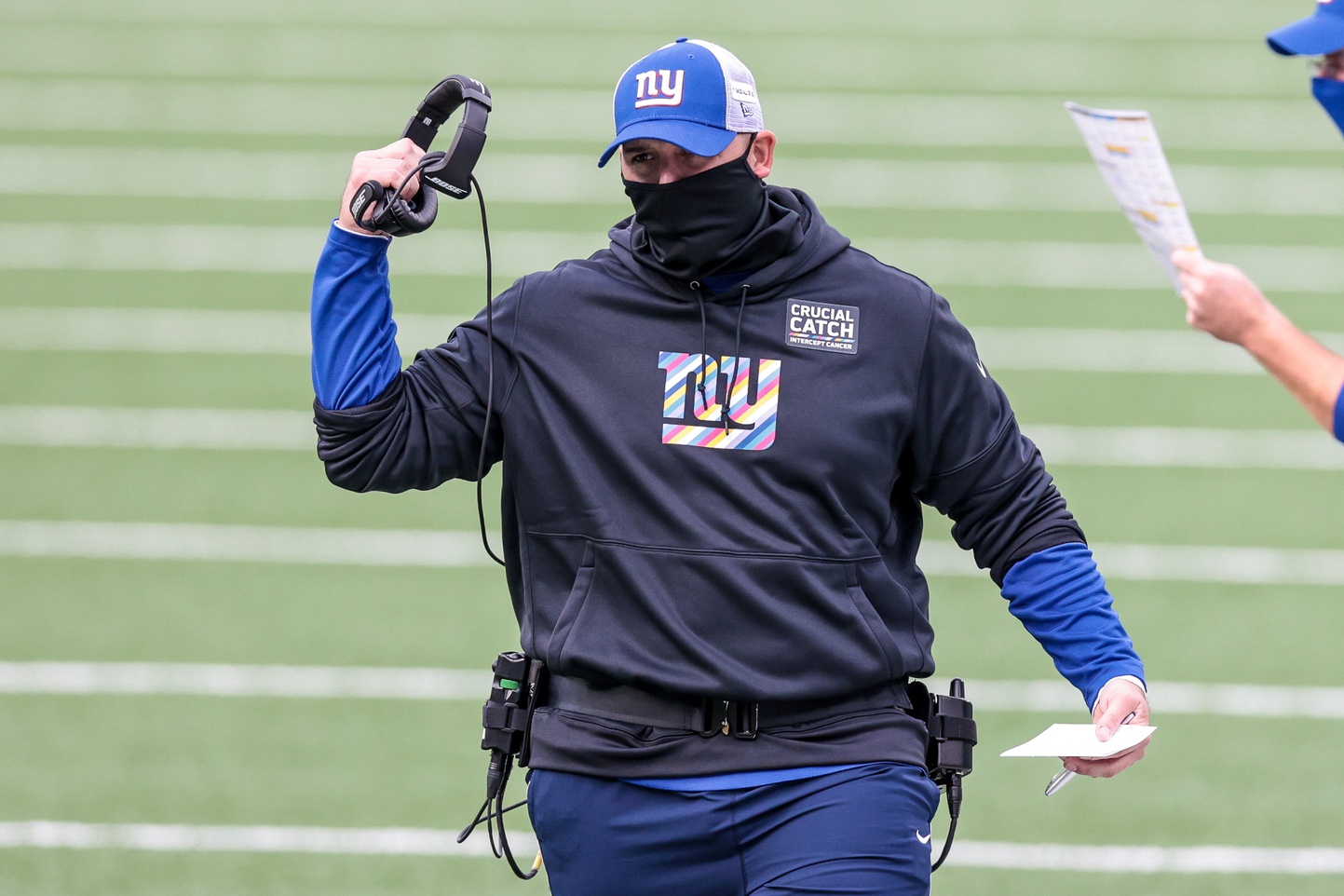 WNBC-TV sports anchor Bruce Beck made me laugh on Tuesday night’s 11 o’clock sportscast when he mentioned the Giants are all of sudden relevant just for being in the NFC East race after taking a 20-19 victory against an awful Washington football team Sunday. The Giants won because Redskins head coach Ron Rivera decided to overcoach by attempting the two-point conversion for the win rather than kick the extra point to tie the game and go to overtime.

In other words, the Giants won because someone had to win the battle of two wretched teams in the NFC Least otherwise known as the NFC East. It had nothing to do with the Giants earning a win. Hard to be relevant when the Giants are 1-5 despite being in the NFC East race.

Even if the Giants beat the Philadelphia Eagles on Thursday night, they would improve to 2-5. It won’t get anyone to take them seriously as a playoff team.

However, one can say the Giants are making progress by winning back-to-back for the first time under first-year coach Joe Judge. As bad as the Giants played, they played games that were winnable except for Week 3 against the San Francisco 49ers. If the Giants apply those lessons on Thursday from the games they lost this season, maybe they have something going.

Thursday night serves as an important game for the Giants. It’s time for the Giants to show progress under Judge by winning back-to-back for the first time this season. By finally beating the Eagles, this counts as progress.

The Giants lost seven straight and 11 of 12 to the Eagles. It’s the football equivalent to the Yankees beating up on the Minnesota Twins time after time. Judge can make a first impression by coaching his team to end this drought this season. Thursday night would be a great place to start.

The Eagles don’t respect the Giants. They love beating them because of the history of the rivalry back when it existed. It’s been a long time since there was a meaningful game by both teams.

The Giants don’t seem to get up for the Eagles just by watching their archrival stomp them out without any resistance. It’s been a long time since the Eagles made the Giants angry. One would think the losses the Giants took from the Eagles would make them angry, but that’s not the case. They take it and move on.

The Giants should have been fed up a long time ago. Maybe Judge pushing and prodding can make a difference here.

The Giants should be competitive heading to this game. The Eagles appeared to be nothing more than a mediocre team, and Miles Sanders, Zach Ertz and Alshon Jeffery are out with injuries. Maybe the Giants defense can lead them to a victory.

An opportunity arises for the Giants to do something. A win, and maybe the Giants can create momentum heading to the rest of the season. A loss, and there is no reason to watch the Giants anymore this season.

Judge mentioned creating a culture when the Giants introduced him to the media and fans. Thursday night could be the start of that with a win. The Giants put themselves in a position to be in the game, which is an improvement from the last three seasons. The Giants can’t back it up with results. Being 1-5 doesn’t get anyone excited. In the NFL, it comes down to wins and losses, not moral victories.

Moral victories appear nice for fans that are desperate to hang on to, but it does nothing for the players and coaches. Ever since the wild-card playoff loss to the Green Bay Packers in 2017, the Giants are 13-41 with a general manager being fired and two coaches being fired. Hard to celebrate moral victories that way.

The Giants playing the Eagles tough and falling short of a win will mean nothing. It would be the same old’ thing. It’s hard to sell hope that way.

From my perspective, the Giants stink. I see nothing where there’s hope at this point. It will take a great finish to the season to say the Giants are in the right direction.

A win may not mean much Thursday night, but it would.be an improvement compared to what we saw in recent years.

Talk about setting the bar low.