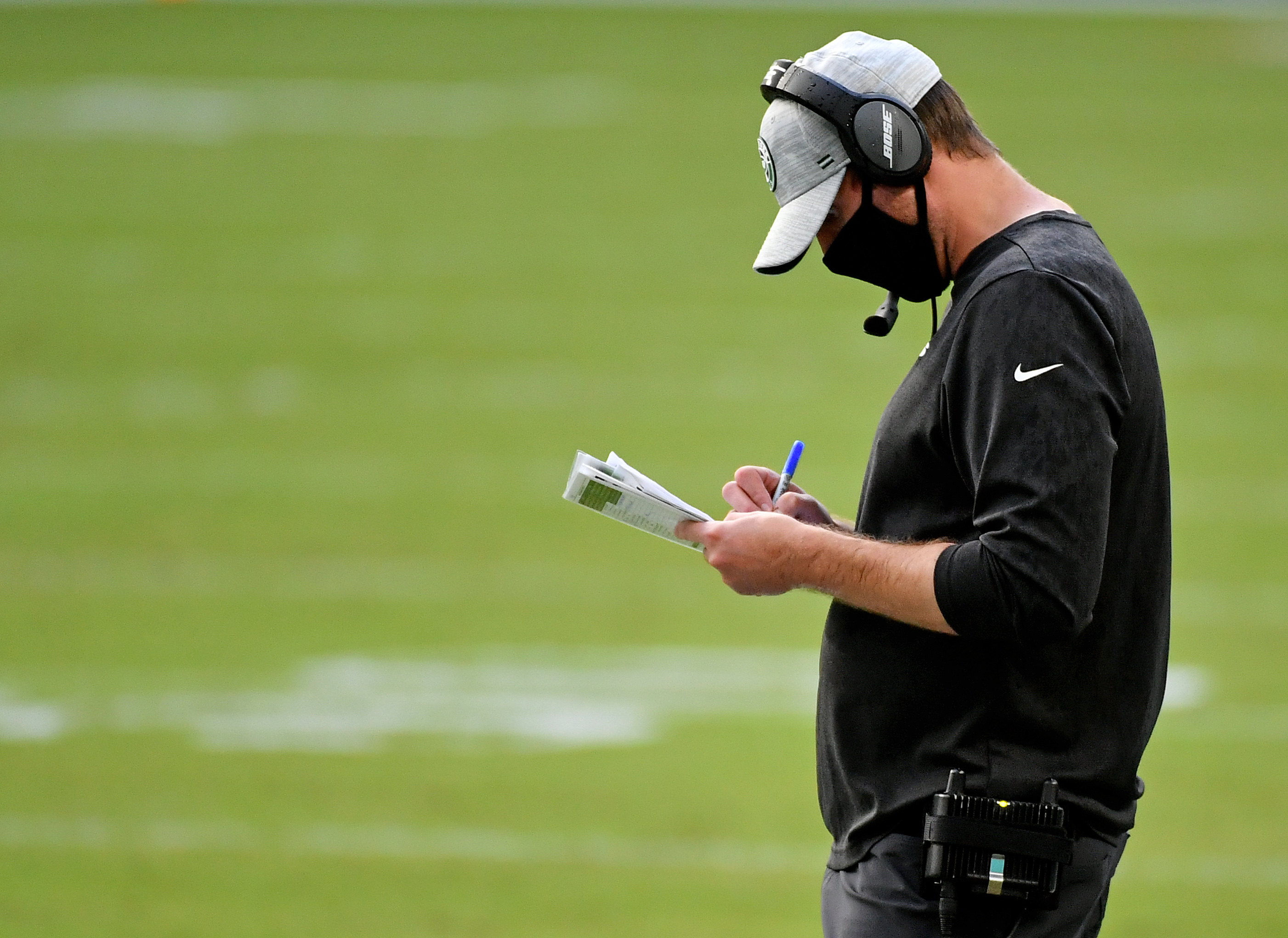 For the fifth time in six games, the Jets expressed no interest in competing from watching their wretched 24-0 loss to the Miami Dolphins Sunday at Hard Rock Stadium. They competed only once this season in a 37-28 loss to the Denver Broncos on Oct. 1.

We know the 0-6 Jets stink. No arguments here. The only thing appealing about this wretched season is if this team actually goes winless this season. They started the process by trading nose tackle Steve McClendon to the Tampa Bay Buccaneers hours after the loss. We don’t include releasing Le’Veon Bell as part of the process since the Jets released him for disciplinary reasons after he expressed his disapproval about beleaguered Jets head coach Adam Gase by liking a tweet of a fan ripping his head coach.

Gase represents everything that has gone wrong with the Jets. Everyone wants him fired, but he is still coaching as of today. If the Jets keep Gase right now, there’s no reason to think he will be fired now. If the Jets fired him, it would have been after the Broncos game, but the Jets competed enough on that Thursday night to save his job. From there, I knew he would likely be safe for this season.

The losses piling up could make a case Gase can still be fired. It’s too little, too late for that. There is no point in firing him now. The Jets will still stink if he is gone. Jets defensive coordinator Gregg Williams offers nothing to think he can turn it around since he would have the same problems Gase has, which is there is no talent on the roster to win games. Even if the Jets luck out winning three or four games under Williams or another interim coach, what goes does it do?

The Jets should be all in to go 0-16. It’s about getting the No. 1 pick and drafting Clemson quarterback Trevor Lawrence. That’s the only thing to play for in what appears to be a forgettable season. Keeping Gase accomplishes this objective. His inept coaching and the Jets awful roster make it a great pairing for this feat to happen.

Face it: The Jets become more interesting the more they reach that feat. People in this town and around the country will start watching them. Jets fans and the Jets higher-ups can get excited about Lawrence as we head to the close of the season.

I watched the Dolphins’ game against the Jets at Croxley’s out at Rockville Centre on Sunday with friends, and I noticed not one patron paid attention to the game. Apathy exists when it comes to the Jets.

That’s why the road to 16 losses must happen.

Gase becomes useful in that regard for making it happen. He should not be fired now because he should not be bailed out by sitting at home while the players struggle through a winless season. He should earn his salary by taking the losses with the players. Sure it’s cruel, but Gase makes millions to get over it.

If Gase hates coaching a team that could go 0-16, he can quit. Of course, he would forfeit his salary, and he won’t do that. He may be an awful head coach, but he is not stupid. Plus, he may never have a head coaching job ever again if he quit. He is young enough where he can get a head coaching job 10 years from now if he can figure it out.

Fans demand Jets CEO Chris Johnson make a statement that this is unacceptable by firing Gase now rather than wait until the end of the season. Maybe if New Jersey Gov. Phil Murphy permits fans to go the games this year, Johnson may have no choice but to make the decision rather than deal with the boos that permeate the stadium. The lack of fans makes it a luxury for Johnson to keep his coach this season.

Look, Gase will be fired after this season. The Jets fans will get what they want. Firing him now would be counterproductive despite Sunday’s loss and this season providing bad optics.

Besides if the Jets are so bad, maybe Joe Douglas loses his job with Gase. It’s not fair the Jets general manager gets fired after being into the job in the summer last season, but when is pro sports fair? The Jets need to clean house altogether, and just maybe the Jets being winless forces owner Woody Johnson to sell the team.

Gase brings so much to the table than the average fan realizes.

It would be the type of gift he would give Jets fans on his way out the door.

Maybe Johnson realizes it than we give him credit for.

There may be a method to Johnson’s madness to keeping Gase for the season.